I’m Cameron McKenzie, @cameronmcnz on Twitter, and I want to teach you how to block user input when you’re running your UiPath robots alongside a user who might be sitting at the local workstation or terminal.

Here’s a neat little UiPath robot, the best little robot you’re ever gonna see, and I’ve got it deployed to UiPath assistant (although you can see UiPath Studio in the background).

When it’s run it’s best run picture in picture so if I run this in UiPath Picture-in-Picture (PiP), you’ll see the Picture-in-Picture window start over there try and log me in. The idea of this robotic process is if I drop a file in this downloads folder… Just watch… BOOM! A,ll of a sudden the robotic process will process the excel file log into www.rpaccertified.com (a good site to check out) and then start registering users based on the excel file.

Now there’s a problem here, as cool as picture in picture is, notice the fact that I can still interact with this user interface so if I start typing stuff in here you know I can really mess up the input of data because nothing’s blocking input.

Nothing’s stopping me from typing things in and you can see that’s a valid user but in fact the registration has failed so that is no good so how can you change that. I’m going to stop this automation.

Where is UiPath assistant? There it is right there. Let’s give that a little bit of a stop. Close that picture in picture window and there we go. That’s done.

Now over here in UiPath studio I’ve got my project that’s all the code for it’s a lot of code there too much for me to talk about right now but trust me that’s it now there’s this cool activity called block user input. I’ll type block over here. You’ll see it over here.

Now everything that runs is running in this block user input mode. Notice there’s an escape key alt f10 if I do that well in that case I can break out of the block input facility here but I’m going to click control S. and publish that Block User Input Example to my UiPath Assistant.

Now look at what happens when I run this in picture in picture I say start in Picture-in-Picture. I’ll click yes even though I wasn’t designed originally to be in picture in picture. That’s going to change the name of this file slightly so there’s not a conflict here. I’m going to copy that go back to the downloads folder paste it in here and let’s watch this process take off.

All of a sudden the UiPath Robot with user input blocked is going to read this excel file. It’s going to start typing things in.

Now if you enjoyed that tutorial why don’t you head over to theserverside.com. I’m the editor-in-chief over there got lots of great tutorials on UiPath and robots and rpa you name it if you’re interested my personal antics you can always follow me on Twitter at @cameronmcnz and do the subscribe thing on that youtube channel. 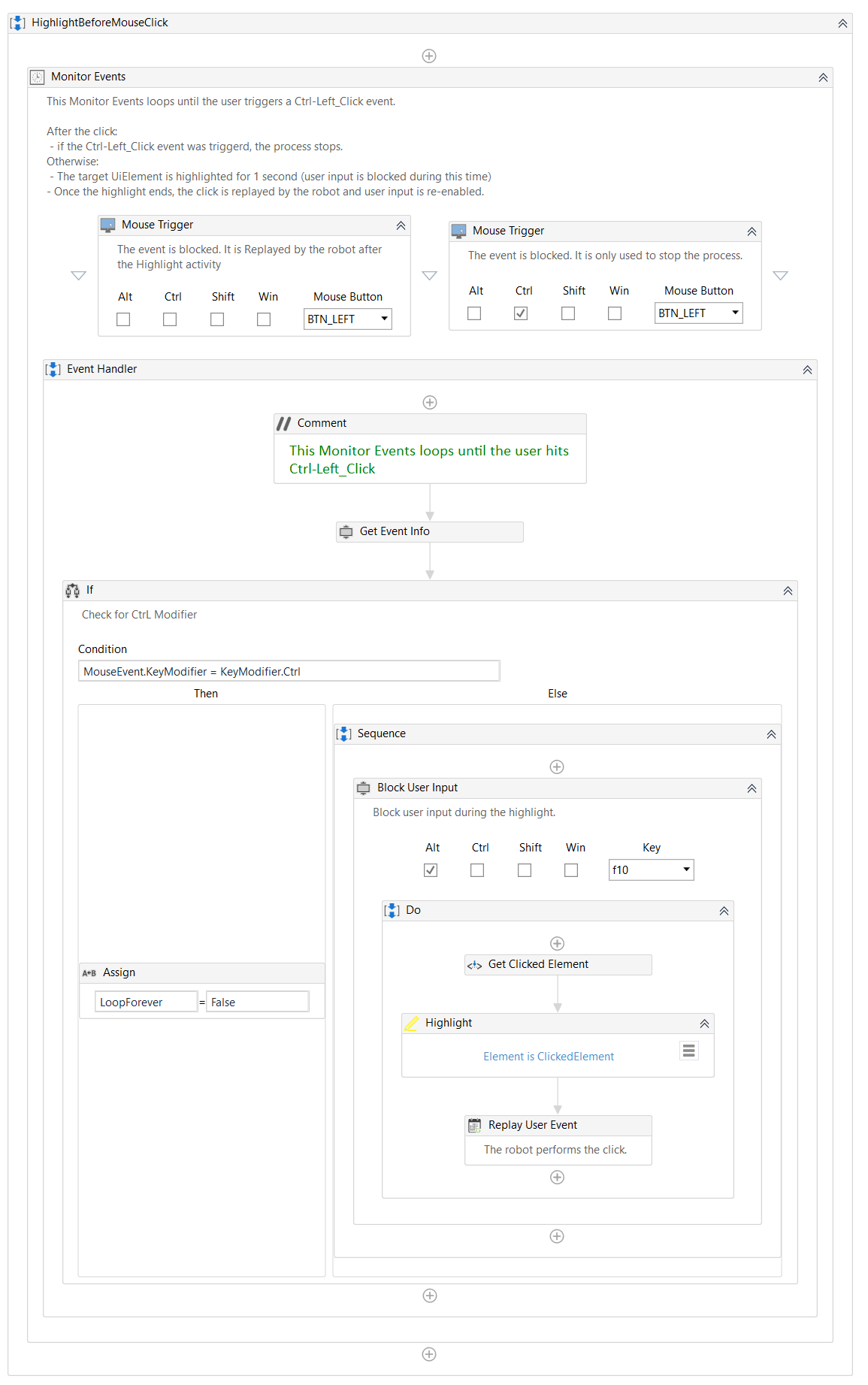 Our toughest set of advanced UiPath question and answer tests.

Are you up for the challenge?

Make this badge your own.

Follow me, Serge Salerno, and my UiPath friends on social media.

Here's how to fix the invalid machine key error in UiPath Orchestrator.

Check it out
UiPath Flowchart Example

Here's the UiPath Flowchart example you need to show you the difference between a sequence and workflow in Studio.

Check it out
Increase Screen Resolution of your UiPath Robot

Learn how to increase the screen resolution of your UiPath RPA robot.

Check it out
UiPath Get Username Password Activity Example

Here's how to use the UiPath Studio getUsernamePasswordX activity.